José Guerrero (Granada, 1914 – Barcelona, 1991). The details of José Guerrero’s life are closely linked to his oeuvre, determined from the outset by the search for new creative horizons to take him far from the suffocating atmosphere he felt in post-war Spain. After the Civil War, he enrolled at the Madrid School of Fine Arts where he resumed the artistic education he had begun in Granada until, in the 1940s, in a devastated cultural panorama, a study grant allowed him to go to Paris. It was there he was able to see for himself the works of the historic avant-garde and the Paris School. This discovery shocked Guerrero to the extent that he decided to set off in search of modernity, leading an itinerant life through several European countries, before settling in New York with Roxanne Whittier Pollock. It was here that he began to create his first purely abstract pictures, using half biomorphic, half signic shapes, and to come into contact with the most outstanding and influential gallery owners and painters in what had become the capital of contemporary art, as well as home to exiled Spanish intellectuals. 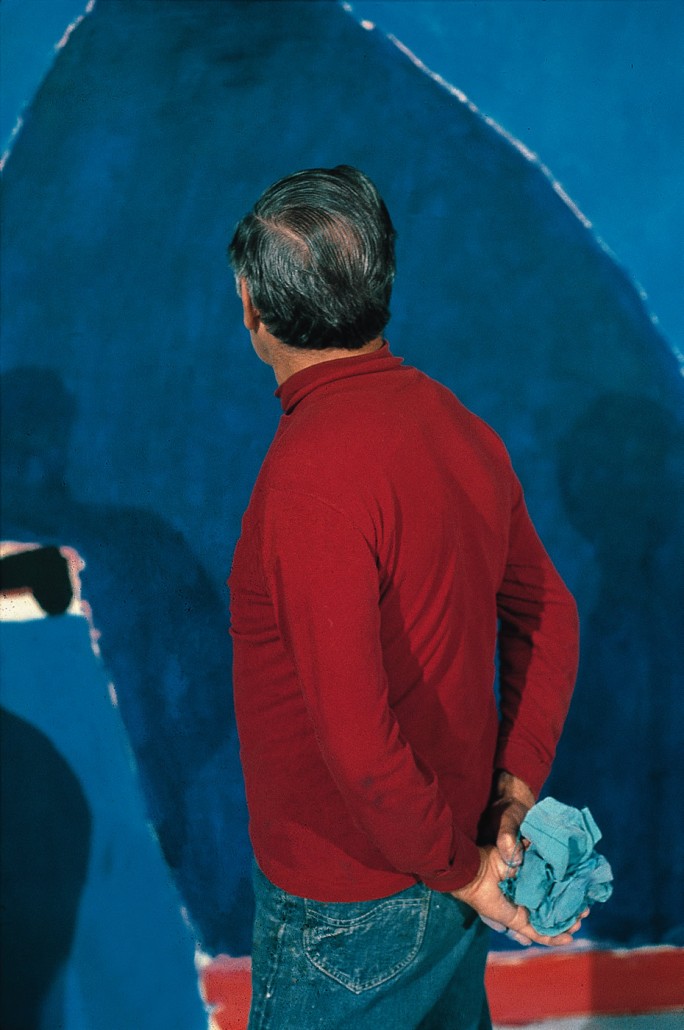 It was in New York, therefore, that he found his place in the world of art and gradually discovered his own language, as he became part of the gestural art close to the first generation of the New York School, which brought him fully into the American art scene.

In the mid seventies, Guerrero’s first one-man exhibition at the Juana Mordó gallery, his family’s settling in Spain for three years, and his friendship with the informalists of the Cuenca group all marked the definitive reencounter with his native country. This brought about a creative period characterized by the energy of colours spread over juxtaposed areas and defined by the borders where they met. Back in the USA, the 1970s were to see the beginning of a new series of highly constructed, synthetic works known as the Phosphorescences, which gradually gave way to a fully mature syntax characterized by shapes such as the oval or the arch (a sort of Guerrero ideogram with biographical reminiscences), sagely drawn lines and throbbing boundaries between sheets of colour. In Spain, Guerrero’s presence in social and artistic media grew noticeably stronger, while he also acted as a stimulating master to upcoming artists. This all materialized in the early eighties in the form of renewed activity and numerous acknowledgments of his career. During the last years of his life he created work exuding wisdom and bursting with light, fully resolving the conflicts this element had gone through in the course of the artist’s life.