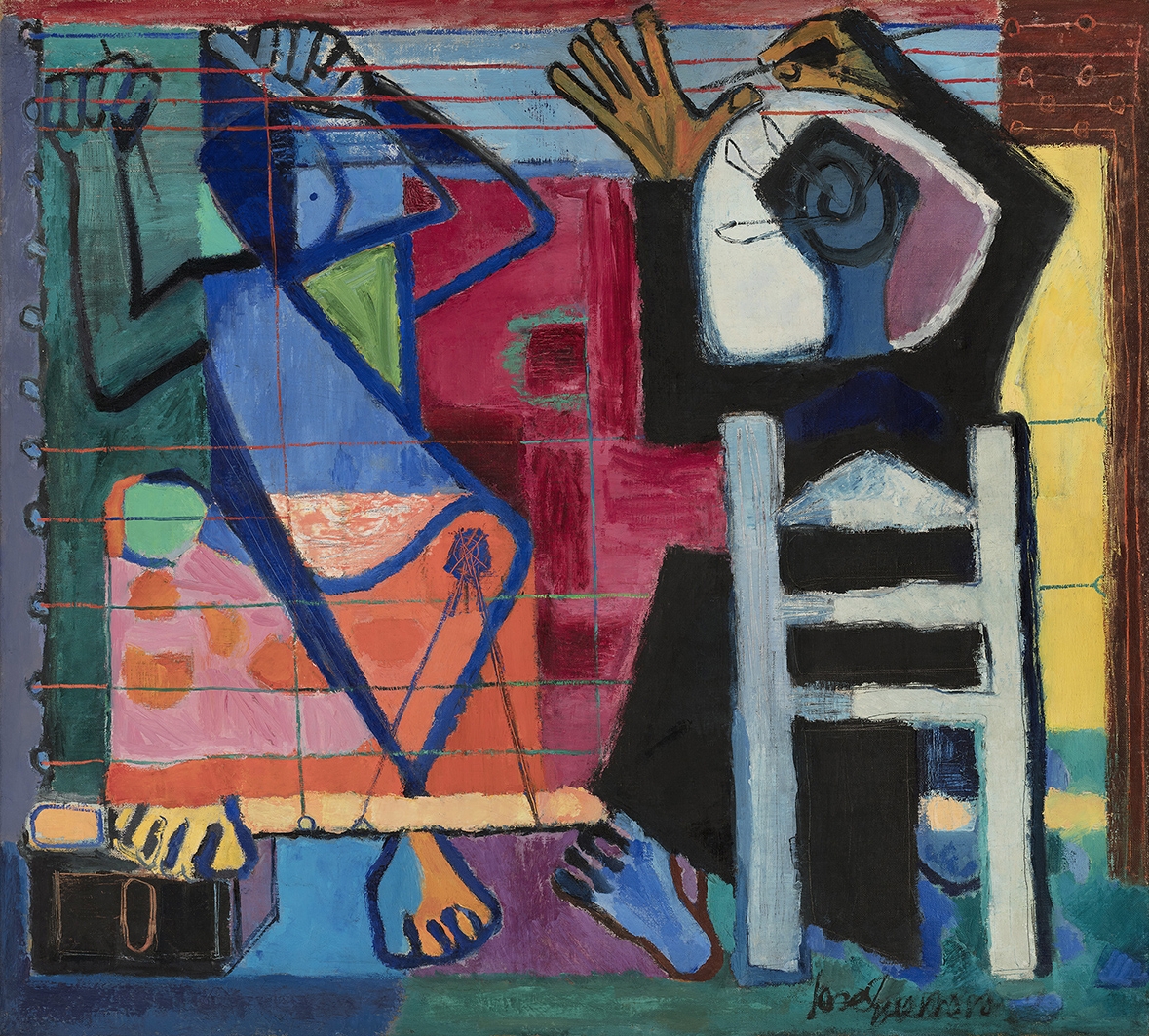 Like other young European artists in the postwar years, Guerrero found the path transcending the literal to be totally occupied by the old celebrities, who were still very much alive – Matisse, Picasso, and Miró. Hundreds of young painters struggled in the 1940s to assimilate the old vocabulary of cubism without sacrificing their right to introduce new elements. Most of them failed, including Guerrero. There are not many remains of Guerrero’s experiments in Paris, but we can get an idea of his struggle by looking at two pictures with obviously traditional references (as a challenge, perhaps?) – Dos hilanderas [Two Spinners] from 1948, and Hilandera [Spinner] from 1949. Apart from the obvious connection with Velázquez, there is an equally obvious connection with another Spanish painter, from whose shadow few painters escaped – Picasso. The influence of Picasso can be seen especially clearly in the linear execution of hands and feet, as well as in the arbitrary extensions of flat colour. Guerrero’s adaptation is full of misunderstandings and corruptions of cubist vocabulary. But, in the 1949 picture, there is also a deliberate intrusion of colour that foretells his future.